Greenback Armageddon Ahead? - CNBC.com
Posted by Mz.Many Names at 9:13 PM No comments:

Support a "Robin Hood" Tax for Big-Bank$ and Corporation$;
http://www.youtube.com/watch?v=qYtNwmXKIvM
Posted by Mz.Many Names at 10:27 AM No comments:

Wisconsins political battle has the Koch brother’s fingerprints all over it.... | Thom Hartmann

This political battle has the Koch brother’s fingerprints all over it.... Thom Hartmann
Posted by Mz.Many Names at 10:30 AM No comments:

The Union Fight in Wisconsin Means Trouble for Munis - CNBC

The Union Fight in Wisconsin Means Trouble for Munis - CNBC
Posted by Mz.Many Names at 10:08 AM No comments:

Homeowner Forecloses on Wells Fargo - CNBC
Posted by Mz.Many Names at 10:00 AM No comments:

An Optimistic Steve Jobs Destroys His House - CNBC
Posted by Mz.Many Names at 9:53 AM No comments:

Posted by Mz.Many Names at 8:15 AM No comments:

Democracy FAIL as poor, un-and-under employed left out in cold; http://www.truth-out.org/on-president-obamas-budget67777
Posted by Mz.Many Names at 8:34 AM No comments:

Moore on Capitalism, A Love Affair; Told to "Cool It" on Sen. Dodd

"The US is﻿ border line 3rd world for some of its citizens in part...low wages, poor health care, no jobs, corrupt govt bodies and poor education. But dont worry they have their A/C, Microwaves and Cell phones to make them feel better.Too bad they cant afford to buy food to put in the microwave or pay the eletricty bill for the A/C when it comes or when sick call a doctor on a cell phone."
Posted by Mz.Many Names at 10:41 AM No comments:

Homeless in the Land of Milk & Honey

The New Rulers of the World 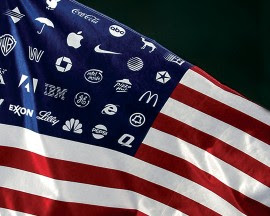 Murray Rothbard's 1984 analysis of modern American history as a great power struggle between economic elites, between the House of Morgan and the Rockefeller interests, culminates in the following conclusion: "the financial power elite can sleep well at night regardless of who wins in 1984." By the time you get there, the conclusion seems understated indeed, for what we have here is a sweeping and compressed history of 20th century politics from a power elite point of view. It represents a small and highly specialized sample of Rothbard's vast historical knowledge coming together with a lifetime devoted to methodological individualism in the social sciences. It appeared first in 1984, in the thick of the Reagan years, in a small financial publication called World Market Perspective. It was printed for a larger audience by the Center for Libertarian Studies in 1995, and appears in 2005 online for the first time.

Theoreticians Left and Right are constantly referring to abstract "forces" when they examine and attempt to explain historical patterns. Applying the principle of methodological individualism – which attributes all human action to individual actors – and the economic principles of the Austrian School, Rothbard formulated a trenchant overview of the American elite and the history of the modern era.

Rothbard's analysis flows, first, from the basic principles of Austrian economics, particularly the Misesian analysis of banking and the origin of the business cycle. This issue is also discussed and elaborated on in one of his last books, The Case Against the Fed (Mises Institute, 1995). Here, the author relates the history of how the Federal Reserve System came to be foisted on the unsuspecting American people by a high-powered alliance of banking interests. Rothbard's economic analysis is clear, concise, and wide-ranging, covering the nature of money, the genesis of government paper money, the inherent instability (and essential fraudulence) of fractional reserve banking, and the true causes of the business cycle.

As Rothbard explains in his economic writings, the key is in understanding that money is a commodity, like any other, and thus subject to the laws of the market. A government-granted monopoly in this, the very lifeblood of the economic system, is a recipe for inflation, a debased currency – and the creation of a permanent plutocracy whose power is virtually unlimited.

NY Bar Wants to Make It Harder to Investigate Judges

How about you? http://robinhoodtax.org/
Posted by Mz.Many Names at 12:51 PM No comments: