JP Morgan Reports $3.6 Billion Profits in 3Q - What Were Your Profits so Far this Year? 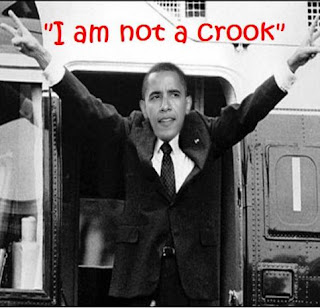 It pays to be President Obama's favorite banker. Both Bear Stearns and Washington Mutual were gifted to JPMorgan by the United States government, and the results are showing.

JPMorgan, itself, said it had continued to benefit from its acquisition of Washington Mutual and that it had seen fewer markdowns on legacy leveraged lending and mortgage positions.

Investment banking was also strong. No doubt helped by the fact that, as NyPo reported, JPM is scoring lead mandates to help both troubled auto companies restructure as well as handling the planned merger of Chrysler's finance arm with GMAC, resulting in lucrative fees for the bank... END

Comment mine (Lori Smith) readers prepared to be shocked take a look at the MIND BOGGLING amount of the Derivatives held by JP Morgan here...

For a more detailed look at the connection of JPM obamas favorite banker with a video that really helps to explain the ties here...

And this is a MUST READ


Click on title above to read full story;
http://www.economicpolicyjournal.com/2009/10/jpmorgan-reports-36-billion-3q-profit.html
Posted by Mz.Many Names at 4:36 PM