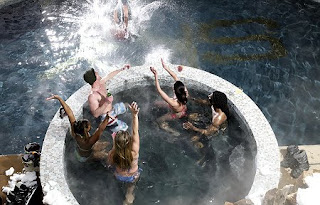 
A swingers' resort was one of the investments, a suit claims Milton (Todd) Ault 3rd invested their money in.

Milton (Todd) Ault 3rd is charged with stiffing a dozen hedge funds on a $4.2 million investment with his firm Zealous Inc.

The Manhattan Supreme Court suit says the money was supposed to be steered to an "integrated global community of trading partners."

"The financing was a scam," the suit says. "He intended to, and did, use plaintiffs' money to fund [his] lifestyle, which included the development of a 'swingers ranch' in the Catskills and other pornographic-related endeavors."

He declared the suit "worthless" and said any talk of a swinger hideaway in New Lebanon, N.Y., was a "joke."

"We were subdividing it into eight lots," Ault said. "There was never going to be a swingers club."

Ault, who worked at Dean Witter Reynolds and Prudential Securities before starting Zealous, said the money was always earmarked for the creation of a platform for the trading of securities.

"These hedge funds didn't do their homework when they made their investment," said Ault, adding that the funds have already recouped a chunk of the money.

He said the 130-acre plot of land on Wadsworth Road was purchased long before the hedge funds invested in his company.

"That was simply a joke," he said.

A lawyer for the hedge funds did not return calls.