Obombas' "Middle Class" - Who R They? 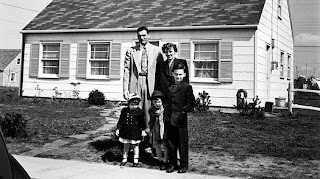 With Obomba getting ready to launch a new "Middle Class Initative," it would seem the first REASONABLE thing to do before setting out any new policies or expenditures would be to clearly define who and/or what is middle-class. As you will see after reading the article below, the term is ambigious.
---------------

What is an Average Middle Class Salary Range?

What is the middle class, and who defines it? There is no solid description with clear salary ranges that define the middle class, but U.S. agencies and economists do try to put numbers to this seemingly abstract group of people

The U.S. Census Bureau breaks down the reported household incomes into quintiles (or five divisions). In 2007, the middle quintile reported an income range of $36,000 to $57,660. Many economists and politicians alike believe this range is too narrow to encompass the true middle class of America. Therefore a more generous range would include the middle three quintiles, which makes the range from $19,178 to $91,705. This range accounts for 60% of all households, and with the lower end balancing near the poverty threshold, this range may not be completely accurate.

The 2008 census reported the medium income as $50,233. The Pew Research Center suggests that the middle income range is 75 percent to 150 percent of the median income. This makes the current middle class income range $37,675 to $75,350. To most, this range seems small and surveys conducted by the Pew Research Center find that many who fall outside this range still consider themselves middle class. 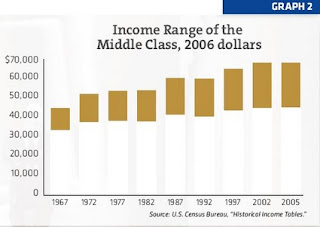 Surveys conducted by the PewResearch Center confirm that salary, or income, range is not the only determining factor of what class a person considers him/herself. Four out of 10 Americans with incomes below $20,000 classify themselves as middle class. On the other end, 1/3 of those who enjoy incomes over $150,000 say they are middle class. Being middle class is just as much a feeling of well-being as it is an income label. 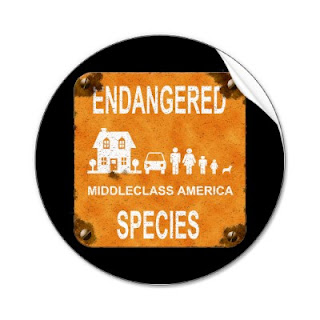