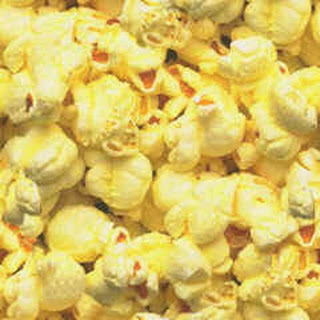 Let the people do what they want, you get Woodstock. Let the government do what it wants, you get WACO!....Mary.

Billionaire: Elite Want Two-Thirds Of The "Dumb People" Wiped Off The Planet

Billionaire entrepreneur Kevin Trudeau, who has been constantly harassed and
sued by the FTC for promoting alternative health treatments, told The Alex
Jones Show yesterday that elitists and Bilderberg members who he had
personally conversed with spoke of their desire to see "two thirds of the
dumb people" wiped off the planet.

Trudeau admitted that he was in Greece recently and implied that he attended
the Bilderberg Group meeting, while also stating that he personally knew
many Bilderberg members who he "conversed with on a regular basis".

Overpopulation is a primary concern of the elite, and it was the subject of
a recent clandestine meeting of billionaire "philanthropists" in New York.
Elitists veil their agenda with the humanitarian rhetoric of the need to
naturally reduce world population by means of contraception and education,
whereas in reality, as we have exhaustively documented, their program has
its origins in the inhumane pseudo-science of eugenics which first
flourished in Britain, and the ideology of racial and genetic superiority
that was later adapted by the Nazis with the aid of Rockefeller funding.

"Some of the conversations you have on the 200 foot yachts off the coast of
Monaco - you can't believe what really goes on behind closed doors," said
Trudeau, noting that Alex Jones had exposed such issues in his documentary
films, notably Endgame. The billionaire said that he had recently spent time
in Monaco with Crown Prince Albert II.

Trudeau stated that elitists he had talked to thought their plans were for
the greater good of humanity but that they believed there were two classes
of people on earth, the ruling elite and the "worker bees," , and that the
elite were defined not necessarily by money or power, but by their genetic
ancestry.

Trudeau shockingly detailed conversations with elitists during which they
brazenly admitted their desire for massive global population reduction.

"I've been sitting on the boats off the coast of Barbados with the guys who
basically said we need to get two-thirds of the dumb people off the planet -
I've been in the meetings," said Trudeau, adding that such words were not
spoken in an evil manner, but in a "matter of fact" way under the pretext
that such a thing would be for the good of planet earth.

Revealingly, Trudeau said that elitists see Alex Jones as an annoyance but
tolerate him because they believe Jones as well as Trudeau himself are,
"desensitizing people to these realities," - which in a way works to their
benefit.

"I've been told that's why I still get invited on the yachts," added
Trudeau.

Trudeau aid that the elite was divided into two camps, one larger faction
that, "Categorically believes they are genetically superior than the rest of
the population," and another smaller faction, mainly comprising of younger
people, that are feeding Trudeau information who, "Have come to the
conclusion that some people are smarter than others, some people are more
talented than others, some people are more motivated to work..but everyone
should be allowed to succeed or fail based on their own choices or
initiative.. and that's where there's a split and a division right now at the
highest levels," said Trudeau.

We would urge people to listen to the full interview with Kevin Trudeau via
You Tube , as it is packed with eyebrow-raising information about the mind
set of the elite and their future agenda, particularly in relation to the
economy. Alternatively, support us by subscribing to Prison Planet.tv and
get access to daily high-quality Alex Jones Show audio and video archives
along with a plethora of other multimedia.