World Bank Warns of Social Unrest Due to Failing Economies 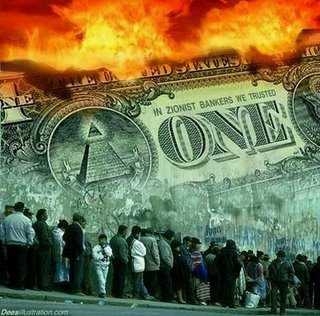 The World Bank would know, of course, since they are the ones trying hard "not to waste a good crisis." Pay attention.

The head of the World Bank has warned that the global economic crisis could lead to serious social upheaval.

"If we do no take measures, there is a risk of a serious human and social crisis with very serious political implications," Robert Zoellick said.

He pointed to Eastern Europe, which faces the "tricky situation" of fast-shrinking economies and protests.

"In my opinion, in this context, nobody really knows what is going to happen and the best one can do is be ready for any eventuality," Mr Zoellick said in an interview with Spain's El Pais newspaper.

"There is also what I call the 'X-factor', that one can not foresee," such as the recent outbreak of swine flu, he said.

"Latin America has remained reasonably stable, even if Mexico and Central America are under pressure because they rely a lot on the North American market," Mr Zoellick added.

It was reported last week that Mexico's economy shrank by 8.2% in the first three months of this year compared with a year earlier. Mexico sends 80% of its exports to the US.

Other economies in Eastern Europe have registered double-digit declines in GDP, such as Latvia and Estonia, while the retiring Bank of England rate-setter David Blanchflower has said at least one million more people in the UK will lose their jobs.

The World Bank has previously warned of a "human catastrophe" in the world's poorest countries unless more is done to tackle the global economic crisis.

It said an extra 53 million people are at risk of extreme poverty.
Posted by Mz.Many Names at 6:44 PM