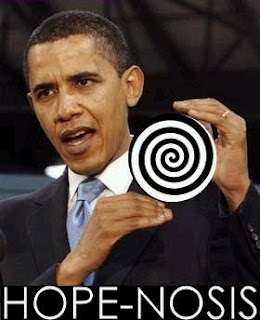 July 7 (Bloomberg) -- Late payments on home-equity loans rose to a record in the first quarter as 18 straight months of job losses and a slumping economy left more borrowers unable to pay their debts, the American Bankers Association reported.

Delinquencies on home-equity loans climbed to 3.52 percent of all accounts from 3.03 percent in the fourth quarter, and late payments on home-equity lines of credit climbed to a record 1.89 percent, the group reported today. An index of eight types of loans rose for a fourth straight quarter, to 3.23 percent from 3.22 percent in October through December, the group said.

“The number one driver of delinquencies is job losses, which we’ve seen build and build,” James Chessen, the group’s chief economist, said in a telephone interview. “Delinquencies won’t come down without a dramatic improvement in the economy and businesses will have to start hiring again.”

The U.S. economy lost an average 691,000 jobs a month in the quarter, and more than 6.5 million positions have been shed since the recession began in December 2007. The economy this year will shrink the most since 1946, according to a Bloomberg survey of 61 economists last month. President Barack Obama predicted last month unemployment will reach 10 percent this year. The rate was at a 26-year high of 9.5 percent in June.

Delinquent bank-card accounts jumped to a record 6.60 percent of outstanding card debt in the first quarter from 5.52 percent in the previous period, a signal unemployed borrowers are relying on cards as falling prices erode the equity in their homes. More borrowers are using cards to meet daily expenses after losing their jobs, the ABA said.

U.S. banks issued 9.8 million credit cards from January through April, a 38 percent decline from the year-earlier period, according to data compiled by Equifax Inc., a credit bureau, quoted today in USA Today. The average limit on a new card fell 3 percent to $4,594, Equifax reported.

“There is less equity to draw on and certainly financial institutions have been scaling back the available lines of credit,” Chessen said. Banks boosted reserves for losses on delinquent loans and have adopted more cautious underwriting policies, he said.

The ABA’s survey tracks data from 300 banks, monitoring late payments on eight types of closed-end loans that are used as a benchmark for typical consumer delinquencies. The composite index rose to the highest level since the group began collecting data in October 1974. Loans are considered delinquent when a late payment is 30 days or more overdue.

Rates for indirect auto loans, made through third parties such as a dealer, fell to 3.42 percent from 3.53 percent in the fourth quarter. Property improvement and marine loan rates also declined.

To contact the reporter on this story: Margaret Chadbourn in Washington at mchadbourn@bloomberg.net.