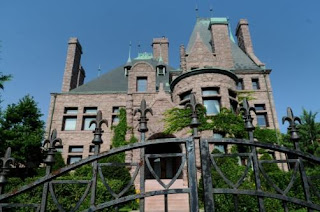 A trail of lawsuits - two by his mother - and inquiries dogged Bo Beckman.

Bo Beckman's website claims he is one of the best money managers in the country. His firm reports about $2 billion under management and claims an investment strategy that has outperformed the market every year since 2002.

"Discipline, honor, integrity and accountability -- those are the principals that have helped The Oxford Private Client Group attain outstanding long-term returns" with low risk, Beckman's Minneapolis-based firm says. His profile claimed that Morningstar, the firm best known for its mutual fund ratings, ranked him among the nation's top portfolio managers.

But Morningstar says it has never ranked Beckman, and court filings and regulatory documents raise questions about other Beckman claims.

A lawsuit filed last week by nine people who invested almost $5 million alleges Beckman is involved in a currency investment program that has drawn the attention of federal regulators and the FBI.

In federal court Friday, Oxford Private Capital attorney Edward Magarian tried to persuade a judge to lift an order temporarily freezing up to $5 million in the firm's accounts. He said the firm had nothing to do with the plaintiffs' investments.

Oxford Private Client Group, which provides money management services to individuals and institutions, "operates in an industry that takes years to build up a reputation and can take minutes to destroy it," Magarian said.

Beckman, 39, submitted a statement Friday in court. "I have worked hard to build a reputation and the inclusion in this lawsuit of the Oxford Private Client Group, which has no business or knowledge of Plaintiffs, has harmed my reputation and business," he said.

But the plaintiffs' attorney, John Harper III, argued that Beckman and his firm were deeply intertwined with the other defendants. Chief U.S. District Judge Michael Davis kept the freeze in place and scheduled a hearing on a preliminary injunction for July 24.

Magarian said Saturday that Beckman would not comment while the lawsuit was pending.

Carl Clarke, 62, a Minneapolis resident nearing retirement with $100,000 invested through another defendant in the case, Oxford Global Advisors, said the lawsuit worries him. Like Beckman's firm, Oxford Global has an office in the Van Dusen mansion in Minneapolis, a frequent site of investment seminars jointly hosted by both firms.

"That's all the money that I have," Clarke said. "I don't want to be left holding the bag."

Beckman graduated from high school in Anoka, attended the U.S. Air Force Academy then, in 1991, transferred to the University of Vermont, where he earned a degree in economics in 2002. Records show he has been working in the investment industry since 1993.

A profile of Beckman in a British publication called FX-MM, said he had a "long and illustrious career," and cited the Morningstar ranking as evidence of his acumen. Beckman links to that article on his website.

Beckman's investing prowess is based on the performance of private or separate accounts he calls the "Oxford Core Portfolio."

Steve Deutsch, Morningstar's director of separate accounts, says the firm has never ranked Beckman or the Oxford Core Portfolio because Beckman has declined to provide proof of his major holdings.

In addition, the numbers Beckman's firm reports to Morningstar seem to conflict with numbers that it has provided to a Minneapolis accounting firm. Beckman's Morningstar data show $179 million in the Oxford Core Portfolio, with a total of $2 billion under management.

Data that Beckman's firm provided to Lurie, Besikof, Lapidus & Co. show that, through 2007, the Oxford Core Porfolio had just 39 clients with $37.9 million invested, and about $83.7 million under management companywide.

Marshall Lehman, a partner at Lurie Besikof who signed the report, said his firm wasn't hired to audit Oxford Private Client Group's books, but to ensure that it complied with a rigorous investment performance reporting standard. "If somebody says we got 6 percent, we do not audit to prove they got 6 percent," Lehman said.

Court and regulatory records are also at odds with Beckman's image of an investor with a long and successful track record.

Beckman's mother, Sandra Peterson, has sued him twice. In 2004, she charged him with fraud, misrepresentation and misappropriation in the handling of her late father's estate. She sued him again last July, charging that he had forged her signature on student loans and refused to pay the balance of $4,740 when debt collectors called her.

Crow Wing County slapped Beckman with an $83,617 judgment in 2004 for failing to pay child and spousal support over several years. Beckman testified in that matter that he'd been living "beyond his means." He drove a rented BMW, patched together jobs after being "let go" from Merrill Lynch and Fisher Investments, and lived for a time off borrowed money.

The Financial Industry Regulatory Authority (FINRA) shows two complaints against Beckman. One was dismissed in 2007 as lacking merit. Merrill Lynch paid $99,556 in 2003 to settle the other complaint from an investor who accused Beckman of misrepresenting the terms of an annuity he had sold years earlier.

H&R Block Financial Advisors fired Beckman in April 2004 for allowing his securities registration to lapse. The firm won an award that required Beckman to repay an $80,000 advance. Beckman disputed the reasons for his firing, arguing that he hadn't met performance goals because H&R Block failed to provide enough support. He lost his appeal.

Beckman joined a new firm, CMI Capital Management, in 2004, with investment advisor Chris Pettengill and Gene Walden, a freelance writer with a regular business column in the Star Tribune. Walden said he left the firm after a month. He began writing his Star Tribune column in 2005.

Anderson, who was recovering from cancer at the time and living on Social Security and a small pension, says she met Erickson at CMI's office in Maple Grove. He introduced her to Beckman, who did all the talking, she said.

In October 2005, Anderson got a letter from CMI's parent company saying it was severing ties with its Minnesota subsidiary. The letter identified Beckman as the "portfolio manager on her account" and said he "is no longer employed" by CMI.

Anderson grew frustrated when she learned that she couldn't get at the money in her annuity. She filed a complaint with FINRA, which in January fined Erickson $5,000 for selling an inappropriate investment and suspended him from working as an adviser for 15 days.

Erickson filed for Chapter 7 bankruptcy in April, listing Anderson as a potential creditor.

Christian Sande, an attorney representing Anderson, said he filed a FINRA compliant Saturday against Erickson, Beckman and Harbour Investments, a Wisconsin firm that processed the annuity sale. Sande said Beckman and others associated with the Oxford companies were operating a "shell game" to get around securities laws and avoid responsibility.

"While the amount of money at issue here is not Madoff-level, the losses to Ms. Anderson are virtually her entire nest egg."

After leaving CMI, Beckman and Erickson allied themselves with a group of business entities collectively referred to as The Oxford. Some pitch an investment strategy involving foreign currency exchange.

One strategy, offered by Oxford Global Partners among others, relies on banks that comply with Islamic law, called sharia. Oxford Global Partners' website links interested investors to TheArbitrageRoom.com to learn more about its strategy. The site says the no-risk currency arbitrage program targets annual returns of 10.5 percent. Though the S&P 500 is down 37 percent the past 10 years and 21.3 percent from 2002 through 2008, TheArbitrageRoom claims the hedging strategy has produced 72 months of gains.

Local financial advisers, chartered financial analysts, lawyers and an investment banker who reviewed TheArbitrageRoom program said it made no sense.

Brad Johnston, who runs a securities and advisory firm in Minneapolis, said he couldn't see how it would work even after attending an Oxford seminar and then discussing it at length with Oxford Global's chief investment officer, Trevor Cook.

The Ohio investors allege in their suit that they had been unable to withdraw their money. Beckman's firm was listed along with Cook, investment adviser Jerry Durand and others in what the suit calls the "confusingly intertwined" defendants.

Durand denied wrongdoing. Neither Beckman nor Cook responded to requests for comment.

Harper, the investors' attorney, displayed a list of seven accounts in court Friday where some of the investors' money was supposed to be held. The accounts contained just $290,651. "We do not know where the remaining funds are," he said, noting they amount to about $4.5 million.

Magarian said Beckman and his Oxford Private Client Group had been caught up in the case by association in an overly broad lawsuit.

But Harper displayed documents showing the intertwining relationships of some defendants, including some that showed Beckman as the registered agent for Oxford Global Advisors and The Oxford Private Client Group. He showed an article Beckman wrote that includes a section titled, "About Oxford," which listed both entities and a common e-mail address.

Peter Silverman, an Ohio attorney working with Harper, says the U.S. Attorney's Office told him it "is aware" of the allegations, and put him in touch with the FBI. Silverman said he's also been contacted by the SEC.

In a brief conversation before the lawsuit was filed, Beckman tried to distance himself from the currency trading program. He said although he did get "rebates" from it, he has no ownership of Oxford Global. He said he specializes in stocks. Beckman said he is moving out of the Van Dusen mansion, partly to "prevent this confusion going forward."

"This is like my third or fourth attempt to partner up with a firm and it never seems to work out," Beckman said.