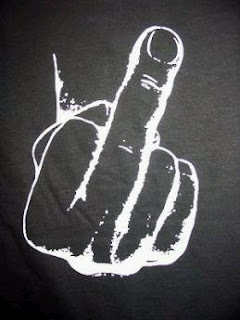 Pic and story thanks to Freedoms Phoenix;

Switzerland's government said Wednesday it would forbid the Swiss bank UBS AG from complying with any court-ordered transfer of data on tens of thousands of American clients to the U.S. government, and would consider seizing documents to prevent that.

The statement was the strongest yet by Swiss authorities locked in a battle with the U.S. Justice Department over the identities of more than 50,000 American clients at UBS.

The case in the federal district court in Miami has become a focal point of Washington's efforts to crack down on tax evasion and the foreign banks that help wealthy Americans send money overseas. But UBS and the Swiss government say handing over the names would violate Swiss law and subject bank employees to criminal prosecution in Switzerland.

"Swiss law prohibits UBS from complying with a possible order by the court in Miami to hand over the client information," the Swiss Justice Ministry said in a statement, describing its latest filing with the Miami court.

It said the bank would not be in a position to comply, anyhow, since "all the necessary measures should be taken to prevent UBS from handing over the information on the 52,000 account holders demanded in the U.S. civil proceeding."

Ministry spokesman Folco Galli told The Associated Press the government decided last month that it would even seize the documents from UBS to prevent the transfer.

The Swiss filing prompted U.S. District Judge Alan S. Gold to order a response by Sunday from the administration of President Barack Obama focusing on what the U.S. government would do if the Swiss refused to comply with a potential order that the names be turned over.

"The United States shall address ... how far it intends to proceed by way of request for enforcement, up through and including receivership and/or seizure of UBS' assets within the United States," Gold wrote in the order Wednesday.

There was no immediate comment from the U.S. Justice Department.

Last month, the Justice Department said UBS "systematically and deliberately" violated U.S. law by dispatching private bankers to recruit wealthy Americans interested in evading taxes. It urged Gold to hold UBS accountable for conducting years of illegal business on U.S. soil — business it claimed had earned the bank more than $100 million in fees but cost the U.S. hundreds of millions of dollars in unpaid taxes.

Gold has set a July 13 hearing on whether to enforce what are known as "John Doe summonses" used by the Internal Revenue Service to seek information about U.S. taxpayers.

Swiss President Hans-Rudolf Merz has referred to the possibility of an out-of-court settlement, but U.S. authorities have pressed on with the case, threatening to further strain U.S.-Swiss relations.

UBS previously reached a deferred prosecution agreement with the Justice Department in which it agreed to disclose the identities of up to 300 U.S. clients and to pay $780 million to the U.S. government. In that deal, UBS admitted regularly violating U.S. law through its client recruitment methods, use of sham offshore entities and filing of false paperwork. Subsequently, the U.S. decided to pursue a much broader group.

Nicolas Michellod, a senior analyst with Celent, a Boston-based financial research and consulting firm, said the U.S. and Switzerland were using legal agreements to try and gain the upper hand when they negotiate a settlement. The case, however, is only about money, he said.

"As UBS has already admitted its fault, there can be only one solution," Michellod said. "The Swiss bank will have to pay a fine or compensation of an amount corresponding to taxes that are still due to the U.S. government."

The Swiss government's extraordinary step is not without precedent. In the 1980s, it confiscated business files linked to commodities trader Marc Rich to ensure that they weren't passed on to the United States.

Rich fled from the United States to Switzerland in 1983 after he was indicted by a U.S. federal grand jury on more than 50 counts of fraud, racketeering, trading with Iran during the U.S. Embassy hostage crisis and evading more than $48 million in income taxes — crimes that could have imprisoned him for more than 300 years.

He was controversially pardoned in 2001 by Bill Clinton just hours before he left office as U.S. president.

Associated Press writers Bradley S. Klapper in Geneva and Curt Anderson in Miami contributed to this report.
Posted by Mz.Many Names at 7:30 PM