Banks Take Billions From TARP, but Give Fewer Loans 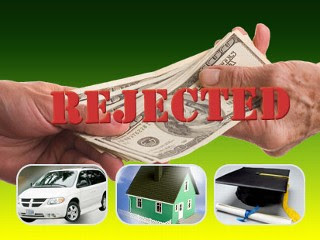 Borrowers Looking for Car, Home and Student Loans Are Often Turned Down by Banks
By RUSSELL GOLDMAN
April 21, 2009

William Spellman didn't need the Wall Street Journal to tell him some of the nation's biggest banks are offering fewer loans these days.

Banks leant less money to people seeking loans in Febraury than they did in October, when they first received the government bailout.

In trying to get a co-signed loan to pay for his daughter to attend summer school at her college, Spellman says he has been turned down twice -- by Wells Fargo and Sallie Mae -- and he can't figure out why.

Increasing his sense of frustration, Spellman says, is that "these are the same companies my tax dollars just bailed out. They need my help, but now they're unwilling to help me."

Crunching numbers provided by the Treasury Department, the Wall Street Journal Monday found that the biggest recipients of the government bailout made or refinanced 23 percent fewer new loans in February than in October, the first month banks received TARP funds.

It is difficult to pinpoint exactly why Spellman, a 44-year-old IT professional from Indianapolis, was turned down. He says he and his wife have been gainfully employed for years; they have a good credit rating, and less debt now than they did when they first took a parent-plus loan for their 20-year-old daughter when she started at Indiana University two years ago. But the family also has a home equity loan and other debt.


What is certain is that the banks are not lending money the way they used to. Excluding mortgage refinancing, consumer lending dropped by about one-third from October to February and commercial lending fell about 40 percent, according to the Journal. That means fewer people are getting loans to buy homes and cars or pay for school, and fewer business are getting capital to expand.

Bank executives have argued that they're not to blame for decreased lending. Demand for loans, they say, is down. At the same time, a reduction in lending by non-bank businesses hurt or shuttered by the recession has made loans harder to get, they say.

"I think one of the huge misconceptions out there is that banks aren't lending," JPMorgan Chase CEO Jamie Dimon said during a conference call with analysts last week. "The lending balances are up and down based on demand ... The other things you have to keep in mind is that banks are only 25 percent of all lending. A lot of the other 75 percent kind of disappeared. So did a lot of the banks."

Fewer Banks Mean Fewer Loans
"Remember, Bear Stearns isn't there, Lehman isn't there, they have big balance sheets which in effect were adding capital to the markets," Dimon said. "Wachovia was bought, WAMU (Washington Mutual) isn't there -- obviously there's been lending removed from the failed banks, but most of the banks you speak to are lending."

JPMorgan, widely considered to be among the healthiest of the banks to receive TARP funds, said it extended $150 billion in loans to consumers and businesses during the first three months of the year.

Experts say the recession has forced the banks to be picker about who gets a loan. Someone, like Spellman, who was eligible two years ago, may no longer make the cut.

Having a good credit score is not enough to get a loan nowadays. Banks are not just looking at how promptly you pay your loans, but also the ratio between one's debt and their income. If people are using most of their income to pay already existing debts, banks are less likely to loan them more money.


"Our decision to lend must go beyond traditional FICO scores. We look at very predictable risk indicators of default such as increased overall debt burden, an individual's payment history including the size of payments they are making, and higher levels of revolving credit. Specific calculations are considered proprietary," wrote Lisa Westermann, a spokeswoman for Wells Fargo in an e-mail.

"We approve a loan only when we believe the borrower can repay it under the original terms. All our lending decisions are based on doing what is best for our customers, our company and investors," she wrote.

The banks' ability and likelihood to make loans is not just important for individuals and businesses, but for the economy as a whole. The level of lending is important for determining the pace with which the economy will rebound.

Though the figures the Journal analyzed came from the Treasury Department, the paper's conclusions contrast with the evolving picture of lending that has trickled out of the government since the beginning of the bailout last autumn. According to the paper, Treasury "crunches data in a way that some experts say understates the lending decline."

TARP's Watchmen
The Congressional Oversight Panel on TARP, an independent agency, says it's crunching Treasury's figures and will release its finding next month.

"We are looking at this because one ostensible purpose of TARP was to jump start lending," said panel spokesman Caleb Weaver. "We're looking at whether lending has decreased. We don't know yet."

Neil Barofsky, Treasury's special investigator assigned to keep an eye on how the TARP funds are being spent, said the bailout let banks lend more than they would have been able to otherwise, but has not increased lending the way some hoped.

"A lot of banks have indicated that because they received the TARP funds, they were able to maintain or not reduce lending as much as they would have otherwise," Barofsky said. "And that really goes to the fundamental question of what is the goal of the program. If the goal of the program was to increase lending, well obviously lending has not increased."


That the banks are able to lend and just not lending to him is little consolation of Spellman, who says his daughter will have withdraw from the nursing program at her university if he cannot secure a $5,000 loan to pay for this summer's semester.

"I've already spent all the money -- I spent my whole life saving to send my daughter to college. I don't care what it costs to send her. She's my only child and I want what's best for her." Additional reporting by ABC News' Alice Gomstyn and Matt Jaffe.