Taxpayers' Billions: How Banks Are Using It? They wont tell. 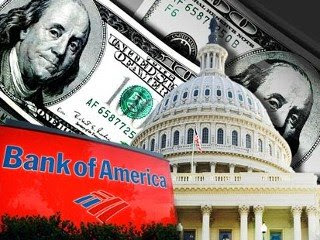 The U.S. government has provided $45 billion to Bank of America through the Troubled Assets Relief Program, but how that money has been used remains unclear.

Bank of America and many other banks have yet to publicly explain how they are using the billions of dollars from the government's bailout program.

When ABC News asked for details as part of a larger, ongoing project, a bank spokesman said the questions -- almost identical to inquiries made by a congressional oversight panel of the Treasury Department -- "show a fundamental lack of understanding about the TARP program, what it was intended to do and how it works."

Panel Demands: Where Are Bailout Billions?

20B More Tax Dollars for Bank of America

"With these transactions, the U.S. government is taking the actions necessary to strengthen the financial system and protect U.S. taxpayers and the U.S. economy," the Treasury said in a statement overnight. "As was stated in November when the first transaction under the Targeted Investment Program was announced, the U.S. government will continue to use all of our resources to preserve the strength of our banking institutions and promote the process of repair and recovery and to manage risks."

The ABC News Business Unit posed the same five questions to Bank of America and 23 other banks that received at least $1 billion in TARP funds. The questions covered topics including lending activity, foreclosure assistance and bonuses. Four banks that received a total of $31 billion in TARP funds chose not to reply, including JPMorgan Chase, which received $25 billion and did not reply to similar questions in December.

Of the 20 banks that did respond, only five provided details about increased lending activity. Six banks gave some indication of the steps they are taking to help people in danger of losing their homes to foreclosure. Only a quarter of the banks surveyed said TARP funds would not be used to pay for bonuses.

The lack of details mirrors the responses provided by the Treasury Department, which is overseeing the TARP program, to a congressional oversight panel.

How Is TARP Being Spent?

In a sharply worded report released last week, the panel said it "still does not know what the banks are doing with taxpayer money."

These are the five questions asked by ABC News:

Since you received TARP funds has there been an increase in lending activity by your bank, if so by how much?

What amount of TARP funds have been used to help homeowners who are behind on their payments or facing foreclosure?

Does your bank need the TARP infusion? If not have you considered returning the funds?

What will be the total amount awarded in bonuses at your institution this year?

If Congress passes retroactive compensation requirements for TARP Capital Purchase Program participants, will your bank give back the money?

Citigroup said it will make the $45 billion it has received available to "existing and new customers for mortgages, personal loans, student loans, small business and corporate loans and credit card lines."

Wells Fargo & Co. said the $25 billion it received would be used "to make more loans to credit-worthy customers and to find solutions for our mortgage customers late on their payments or facing foreclosure."

Over half of the $3.1 billion received by BB&T has already been used to provide loans to qualified borrowers, the bank said.

To date, the Treasury Department has committed more than $378 billion of the $700 billion TARP fund, which was created to stabilize the nation's financial system. The Bush administration, on behalf of President-elect Barack Obama, informed Congress earlier this week that the new president could use the remaining TARP funds if necessary. "I felt that it would be irresponsible for me with the first $350 billion already spent, to enter into the administration without any potential ammunition should there be some sort of emergency or weakening of the financial system," Obama said on Monday.

The Senate last night cleared the way for the release of those funds.
His economic team has reassured members of Congress unhappy with how the rescue fund has been used so far that assistance for homeowners facing foreclosure would be the top priority moving forward. In addition, Obama's administration pledged greater accountability as to how banks are using taxpayer dollars. In an ABC News poll conducted in December, 69 percent of respondents said they were not confident adequate controls had been put in place to avoid waste and fraud in the use of the funds.

Paul Krugman, a Nobel Prize-winning economist at Princeton University, told ABC News: "One hopes that with the remainder of the bailout money, that it will be used with strings attached. That there will be demands that the banks have to do more with the money."

With reports by Mary Kate Burke.