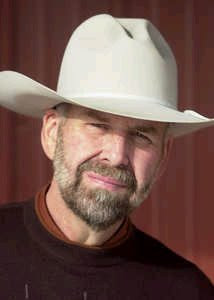 BY BILL WILSON
The Wichita Eagle

Wild West World founder Thomas Etheredge was taken into custody at the San Antonio airport late this afternoon on a Kansas warrant for investigation of fraud, according to law enforcement and airport officials.

The arrest culminates a two-year state probe into what Etheredge told private investors in late 2006 and 2007 as he scrambled to raise money to salvage his insolvent theme park, which went bankrupt in July 2007.

State securities officials completed their probe into Etheredge's financial activities earlier this spring and turned the case over to Sedgwick County District Attorney Nola Foulston, whose office approved the arrest warrant last week. Charges have not been filed in the case.

A separate FBI investigation of Etheredge related to the park's failure remains under way, according to sources close to the case.

Kansas law requires that investors must receive an accurate picture of a business's financial status before investing. Several investors told the state and The Eagle that Etheredge offered no prospectus or park balance sheets, characterizing the park only as a good investment.

Today's airport arrest came with the assistance of a southern Texas ranching family that invested with Etheredge in an alpaca fiber marketing venture. The family continued to financially support Etheredge up to his arrest this week.

The arrest isn't Etheredge's first bout with securities-related legal problems. He admitted in 2005 that he served 4 ½ years in prison in the 1980s for securities fraud, more than half of that in Kansas.

In November 2006, according to bankruptcy court documents, Etheredge began soliciting private investors for the park, a drive that continued until days before the park closed. Etheredge's Wichita attorney, Steve Joseph, has indicated that the park's insolvency dates back into 2006.

In December 2006, Etheredge began the first of several cash transfers from the park's parent company, Restoration Farms, into the park account. The transfers ultimately totaled a little more than $400,000 and continued into January 2007.

Also in January, Etheredge began efforts to sell the park, according to Park City officials.

The financial problems reached a peak in February 2007 when bankruptcy court records show that Etheredge -- unable to meet the park's payroll -- solicited a $25,000 loan from a New York collector of Hopalong Cassidy memorabilia.

Wild West World opened May 5, 2007, to threats of severe weather, a day after Greensburg was destroyed by a tornado.

It was plagued by one of the area' s wettest summers on record until July 9, when Etheredge closed the park. The park filed for bankruptcy the same day.

"The weather has been bad, and I don't mean just a little bad," Etheredge said in July 2007, the week the park closed. "I mean terribly bad. How do you plan that?"

The park's biggest mortgage creditor at $6.2 million was First National Bank of Southern Kansas, the lead lender in a consortium of small Kansas banks that financed the park, according to bankruptcy court records.

The park's rides were sold off to satisfy ride brokers in the winter of 2007, leaving the park with only its infrastructure and a series of metal buildings when it was sold last summer to AHG Group, a Florida investment company specializing in casino development.

Until sometime in March, Etheredge operated an alpaca ranch near Boerne, Texas, where he moved as Wild West World unraveled in the summer of 2007.

Alpacas are a domesticated variety of South American camelid resembling a small llama.

Etheredge gave his investors a New York City address, apparently a mail drop box similar to the one he took in San Antonio when he left Wichita.

In Texas, he and the alpaca ranch owners went into business, which yielded Etheredge and his wife almost $170,000 from August 2007 to this month, said Glynn Phillips, a relative of the ranch owners.

Phillips said Etheredge also spearheaded the formation of the American Alpaca Fiber Federation, located in Boerne. The company was formed to purchase and market alpaca fiber to denim textile mills, according to the company's Web site, http://www.americanalpacafiberfederation.com.

That same Web site features a photo of Etheredge's daughter, Emily, on its home page with her arm around the neck of an alpaca.

The company's signature product, Paca Blues -- trumpeted as the world's first alpaca/cotton denim fashion fabric -- made its debut in Paris last December at the Denim by Premier Vision show, according to an unattributed story on the Web site www.fibre2fashion.com.

Phillips, who contacted The Eagle on April 14, said he became concerned about the amount of money Etheredge was trying to quickly obtain from his relatives. He said Etheredge was using threats that their initial investment in the fiber business was "up against the wall."

Etheredge also sought money from Phillips' family for a fiber marketing trip to Dubai as recently as April 17, Phillips said.

Phillips said his family has a significant financial investment in the Etheredge operation, "at least several hundred thousand dollars."

Phillips said he also was concerned about Etheredge's efforts to broker the sale of the family alpaca ranch near San Antonio to a group in Dubai.

Nonetheless, Phillips said his family has confidence in the alpaca business and was divided about assisting investigators with Etheredge's arrest.