Rite-Aid Does Wrong by Employees 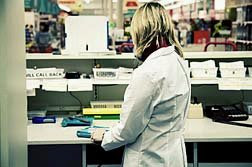 Camp Hill, PA: Rite Aid is a powerful force in the business world, a Fortune 500 company with total sales of $24.3 billion in fiscal 2008. But according to employees with claims of unpaid Rite Aid overtime,Rite Aid is not a happy place to work.

And allegedly cheap, too. A class action lawsuit is currently underway, filed by disgruntled employees who feel the company stiffed them out of overtime. The poster girl, if you will, is reported to be Shirley Craig of Brownsville, Georgia. Craig filed a lawsuit in December alleging Rite Aid and Eckerd (a drug store chain acquired by Rite-Aid) improperly classified assistant managers as being exempt from overtime, even though Craig contends that the assistant manager position requires little skill and primary duties are said to exclude managerial responsibilities for a store, or department.

In other words, if an assistant manager is in reality a glorified stock boy or cashier, then the type of work is arguably not management fare and the standard rate of 1.5 times their normal rate for hours worked beyond 40 hours in a week would be justified.

Rite Aid, based in Camp Hill, Pennsylvania, denies it wrongfully classified assistant store managers as exempt from the Fair Labor Standards Act in an effort to avoid paying overtime wages to which the plaintiffs suggest they were entitled.

The chain is lobbying to have the case dismissed. In a response to Craig's original action, Rite Aid asserts that Craig worked for its Eckerd subsidiary and, as a salaried employee was not entitled to overtime pay.

However, in defense of the plaintiff's position a number of class action lawsuits representing disgruntled employees of Rite Aid, as well as other retailers argue that assistant store managers and other employees performing similar work don't qualify under the 'executive exemption' clause under federal and state law. This is because, it is argued, the primary duties of those employees fall outside of any degree of managerial capacity.

In other words, you may have been given the title of assistant manager. But if you are denied the opportunity to perform the work your title suggests, then you have a strong case for an overtime claim. It’s not so much the title you are given, but the work you do.

In theory, an employer could make everyone an assistant manager—even the stockboy and thereby get around the requirements for the paying of any overtime, to anyone at all.

Meantime, Rite Aid is alleged to have problems elsewhere on the labor front. An attempt to unionize on the part of employees has reportedly been stonewalled by the company at every turn. And "…payroll is so tight," writes one Rite Aid employee from Torrington, Connecticut.

"If one person calls [in] sick, no one can even cover it because we can't allow overtime, so I am stuck working more and more hours for free and getting less and less accomplished in the process. And [we are] blamed for sales being so far down, when [Rite Aid] wiped out half of the products we used to carry that people want to buy, and raised the prices so high no one wants to shop there! It's getting quite ridiculous, the impossibilities that are expected of us."

Even though the company earned billions in 2008, their capitalization is reportedly slipping. Is that the reason for the alleged withholding of overtime? Employees feel they were improperly classified in an attempt to save the employer money. They may have been given the management moniker, but were not afforded the power that goes with the title.

Hence these employees feel they have a valid unpaid overtime claim.

If you have suffered losses in this case, please send your complaint to a lawyer who will review your possible [Rite-Aid overtime Lawsuit] at no cost or obligation.
Click on title above for a free case evaluation;
Posted by Mz.Many Names at 3:09 PM