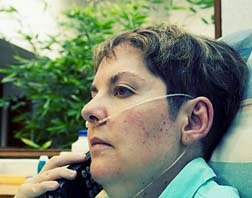 Unfortunately, some long term care insurance companies are allegedly denying claims for questionable reasons, including facilities not being covered in the contract (because they were not in existence at the time the policy was bought), improper paperwork being filed and patients not being in poor enough health to warrant long term care.

According to The New York Times, 1 woman was denied her claim because her insurer, Conseco, said that she was not ill enough for coverage, even though she took 37 pills every day and had early-stage dementia. Four years after applying for her claim, her family had paid $70,000 while Conseco had paid nothing. The same Times article noted that an 85-year-old woman with dementia was sent the wrong paperwork and then had her claim denied because of "improper paperwork."

In fact, long term care insurers have received thousands of grievances over their handling of insurance claims and face many lawsuits alleging they acted improperly. In May, 2008, Conseco was hit with a $2.3 million fine and ordered to spend $30 million in restitution and improvements to their claims-handling system.

The long term care insurance companies say they are losing money, and that is probably true. But, before you feel too sorry for them, consider that Conseco's CEO still received almost $2.2 million in salary and other compensation in 2008, according to reports. So, the companies can still afford to pay salaries (even if they are lower than before) while they are denying your insurance claims.

Long term care insurance claims can be complicated, involving a lot of paperwork. Further complicating matters are that the people filling out the claim forms may not be the same as those who purchased the policy. For example, a woman with dementia may need her daughter to fill out the claim, even though the daughter may not be familiar with the ins and outs of the policy. That can make filing the claim complicated and may also make appealing a denial incredibly complex.

So, if you feel your claim or your loved one's claim has been unfairly denied, you may want to consider contacting a lawyer who is experienced in dealing with denied insurance claims. An attorney can help you sort through the paperwork and determine if you are eligible to file a lawsuit against your long term care insurance provider.